While many people may have heard of the term psychological safety in the past few years, few know about its origins or how it should be used and measured. So we want to take this opportunity to create a document to explore the history of psychological safety, distinguish some of the nuances of what it truly means, and why this is important for every team.

While gaining immense popularity over the last decade, psychological safety as a concept can be traced back to the 60s, when researchers Edgar Schein and Warren Bennis used the term to describe a leader’s ability to provide an atmosphere where one can take chances without fear, with sufficient protection, and improve their team’s ability to comfortably manage change. Schein’s definition would later evolve in the 80s to argue that psychological safety helps people overcome the defensiveness, or “learning anxiety,” that occurs when people are presented with data that disconfirm their expectations or hopes, which can thwart productive learning behavior.

Psychological Safety would lay dormant in research for a while until it was reinvigorated in the 90s by William Khan. Khan shifted the definition of the term to focus more on an individual’s ability to bring their authentic selves to work, which is more in line with the current definition of research. In 1999, Amy Edmondson established herself as a subject expert and  argued that this concept was best addressed at the team level and that Psychological Safety is a team-level climate where there is a “shared belief held by members of the team that the team is safe for interpersonal risk-taking.” This was divergent from Khan, who saw it as an individual state.

With the body of well-established and peer-reviewed content Edmondson has put behind her research and the efficacy it demonstrated, her definition has become the dominant definition in research. So let's distinguish what psychological safety is and is not.

Psychological safety is a measurement of shared comfort amongst a team for interpersonal risk-taking. By that, we mean that members of a team feel comfortable throwing out ideas, asking questions, and taking risks without fear of how their team might react or respond. It allows individuals to bring their authentic selves to work.

Psychological safety is creating an environment where your team can make and learn from mistakes.

Psychological safety is a team’s ability to freely challenge the status quo without worrying about how it might be received.

Psychological safety is the comfort of knowing that you can be the same person at work as you are at home, knowing you’ll be accepted.

Psychological safety is a team’s comfort level in being able to ask for help when they need it.

Psychological safety is knowing that no one on your team would actively work against you.

Psychological safety is feeling that your team knows what you bring to the table and that they value those contributions. 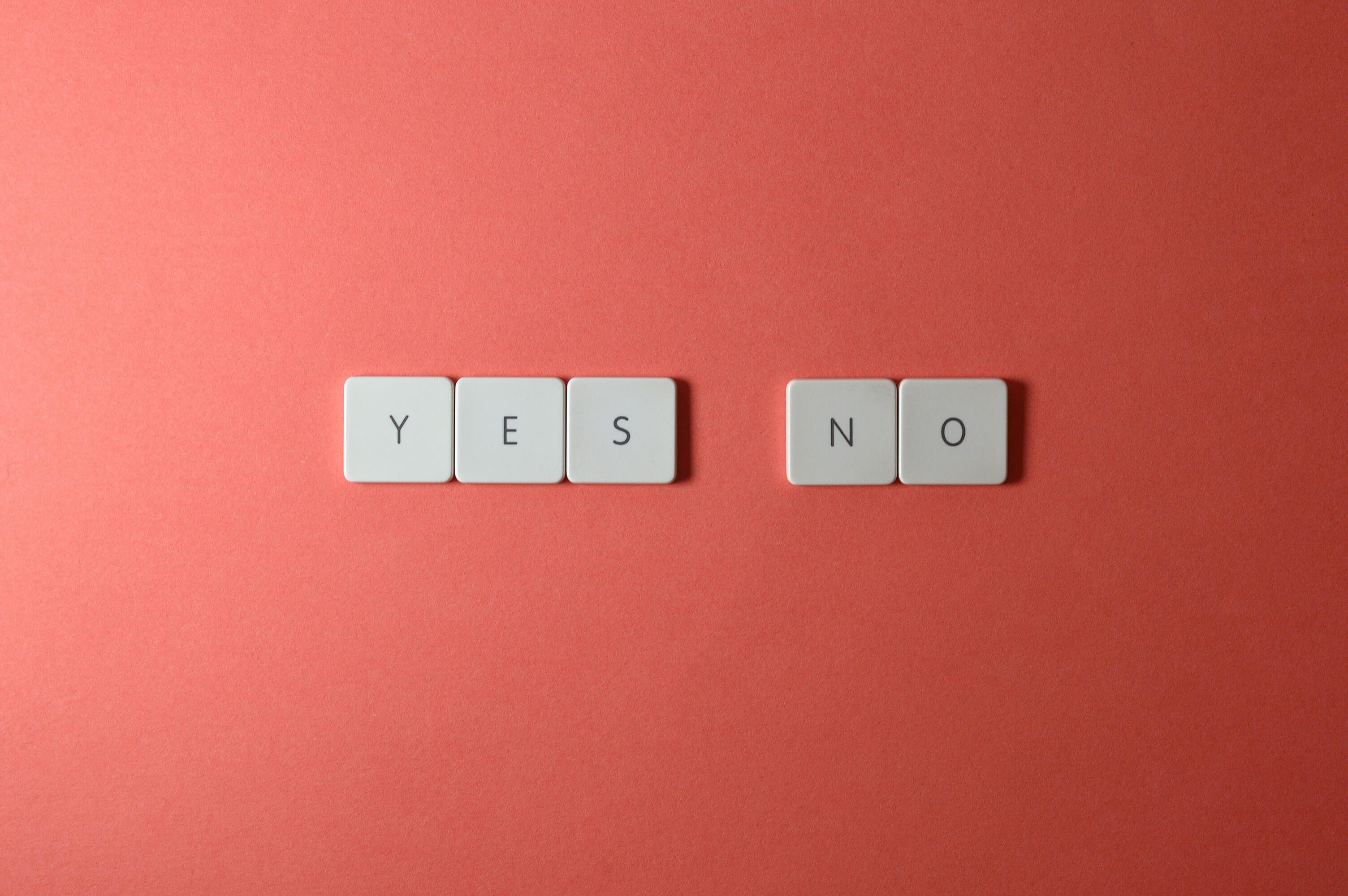 What Psychological Safety Is Not

Psychological safety is not clearly defined and reliably measured on an individual basis, so measures need to be focused on the team rather than on individuals.

Psychological safety does not mean that you should avoid conflict or hard discussions with your team. In fact, it means the opposite. Part of being psychologically safe means challenging the status quo which is often met with discourse. Psychological safety is comfort in discourse, where team members share their ideas with freedom and believe in balancing their perspectives.

Psychological safety does not mean avoiding delivering feedback to your team for fear of bruising their ego, but rather consistently delivering both positive and constructive feedback in a way that is easy to receive and does not trigger a defensive response. This is best achieved through modeling and soliciting feedback as a leader so that your team feels comfortable doing the same.

Psychological safety does not mean that team decision-making is democratized, but rather giving everyone a voice so that leaders can make better-informed decisions.

Psychological safety does not mean automatically giving your team full autonomy by default, but rather giving your team members a voice in their own development, and working with them to create clear expectations and context around how their work fits into the overall picture so that you can negotiate a level of autonomy that makes sense for them in their current stage of development.

Finally, psychological safety is not something you can definitively say you’ve reached, and it certainly isn’t achieved by just stating that it’s something that you want from your team. Psychological safety is something that fluctuates and requires consistent nourishing and maintenance. It can be affected by external circumstances like home life or personal politics. It fluctuates every time someone new joins the team. It is a lagging indicator that lets you know that your strategy is working.

Why is that important?

If your team is worried about speaking up and asking questions because they fear they might be ridiculed or reprimanded for being out of the loop, they work without the clarity they need, and the project or product suffers. In a study about employee silence, 85% of respondent reported at lease one occasion when they felt unable to raise a concern with their bosses, even though they believed the issue was important.

If your team is worried about others finding out they made a mistake, they are more likely to cover it up or not bring it to their team’s attention, and problems don’t get addressed. If your team is worried about bringing up problems or tough issues, you miss out on important insights that can round out your ideas or improve the way you operate. If someone fears rejection for being different from the group, they spend a lot of energy stifling who they truly are, which can lead to isolation and burnout. These are by no means the only potential consequences either.

These are all easier said than done but the benefits of improved psychological safety on teams have been clearly documented in research as well. As a concept, psychological safety blew up when it became the focus of some internal research at Google. Named Project Aristotle, Google researchers wanted to identify some of the common characteristics of their highest-performing teams. Using Edmondson’s validated scale, psychological safety was definitively the top predictor in identifying those teams.

Psychological safety is the most pivotal factor in organizational learning. Making mistakes is a big part of learning, and having a team that is worried about failing in front of each other brings that process to a screeching halt. In teams without psychological safety, employees are more likely to stick to methods they’ve used before. Its like learning a new language. If you are surrounded by people who are supporting and encouraging your learning, it is a lot easier to practice and progress than when you have people laughing or mocking your attempts at learning. With that kind of environment, you might as well stick to what you know.

Psychological safety has also been closely tied to engagement both through research as well as common sense. If your team is comfortable speaking up and being themselves, you can expect them to participate more consistently in group discussions, problem-solving, and collaboration.

Establishing psychological safety on your team satisfies a lot of the DEIB initiatives that organizations are pushing. Psychological safety means that everyone on your team feels like their unique talents and perspectives are valued and utilized. It means believing you won’t be treated differently for being who you are. A team isn’t completely psychologically safe if everyone doesn’t feel included or as they belong.

Psychological safety inspires creativity. Innovations don’t typically happen in isolation. They flourish when small fragmented ideas are bounced around and rounded out through conversation and discourse. Ideas flourish when teams can utilize the strengths of each of their perspectives and form ideas as part of an overall system. Psychological safety ensures there is an environment for the growth of ideas to flourish.

Arguably most importantly, psychological safety can improve the overall well-being of team members. Job stress is a major factor in many Americans’ mental and physical health, historically, currently, and likely continuing into the future. Not feeling psychologically safe at work requires a lot of emotional labor which can lead to burnout. It causes stress and anxiety that can affect otherwise healthy individuals. Teams that are psychologically safe take fewer sick days, often experience less anxiety and have more energy after work for healthy behaviors like exercising, socializing, and personal development.

Lastly, and for most this goes without saying, psychological safety leads to higher performance metrics almost across the board. Pragmatically, it's easy to rationalize how happy and healthy employees perform better. They have more to give at the end of the day. They can achieve higher levels of clarity. They have a good idea of the strengths that each person has on their team and how to utilize them. They feel comfortable asking for help when they need it so that other team members jump in and ensure crucial work gets done on time. Through these efforts fewer deadlines are missed, teams operate more seamlessly, and they are more comfortable with the discourse that comes with challenging the status quo in the name of continued improvement. In fact, conflict leads to higher team performance when teams have high psychological safety.

If you are still skeptical, then perhaps you might find one of the following statistics compelling:

Edmondson, A. C. (2019). The Fearless Organization Creating Psychological Safety in the workplace for learning, Innovation, and growth. Wiley.

Bad Bosses, How do we deal with them?

Most everyone has a story to share about an experience with a bad boss. The leaders who leave us...

The Benefits of Informal Feedback on Business Performance

“Performance review.” And breathe. When feedback is saved up and delivered in one formal grenade,...

How to Enable Inclusive Leadership Training